How to Solve The Biggest Problems With Septic Tanks and Systems 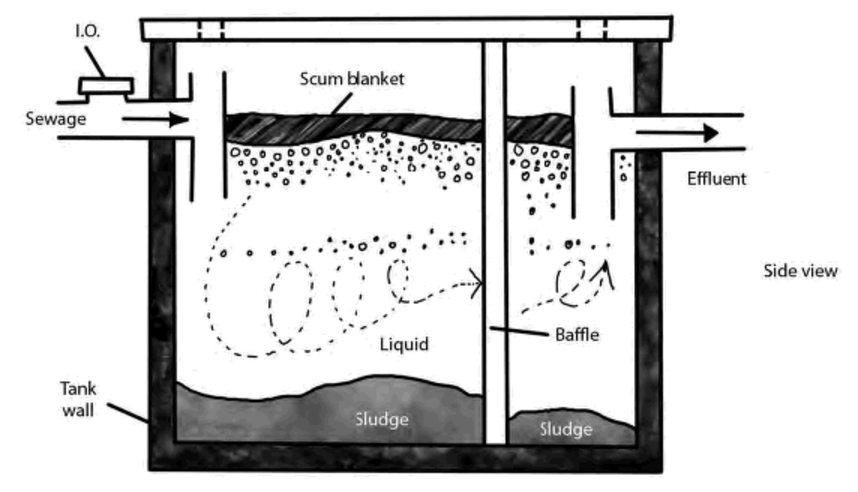 Septic tanks and systems as a whole are a necessity for life outside city limits or where deep sewerage systems are not available. For those who need to install a new septic tank or septic system - or even if you already have one - it's important to understand how it works before you can solve any problems. With even just a small amount of knowledge, you can save large sums of money and avoid annoying (or messy!) malfunctions.

Septic systems generally consist of two main parts: a septic tank where solid waste settles to the bottom and a leach drain where the water disperses. In this article, we will tackle a bunch of information to understanding septic tanks and systems.


How the entire process works: 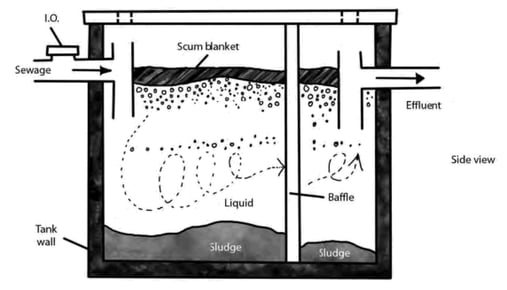 During this waste removal process, wastewater passes into the septic tank where heavier solids sink to the bottom and undergo bacterial decomposition resulting in sludge, and lighter oils float to the top creating a film known as scum. From here, the remaining liquid flows into the leach drain where it will soak into the surrounding soil for natural filtration and treatment.

The size of the leach drain is dependent on the density of the surrounding soil. Denser soil, such as clay, requires a larger leach drain. On the other hand, light soil, such as sand, may require a layer of fine-grained soil to improve filterability.

Some older septic systems contain only one tank, but most systems built since the late 80's consist of two. By having two tanks or a tank divided with a baffle into two sections (sample image below), most of the sludge stays in the first tank or section. In the second tank or section, the sewage undergoes further treatment to remove solid matter. 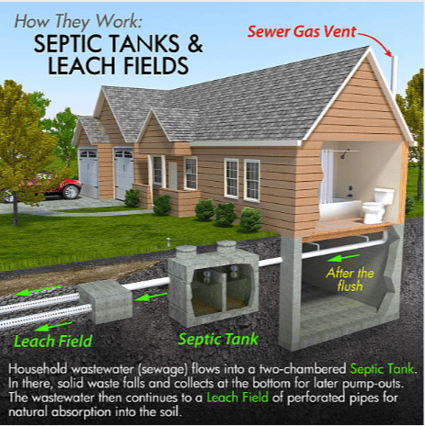 How to Tell if your Property Has a Septic Tank System

Every dwelling has toilets, but where does the waste go? Does it go into a septic tank and leach drain system on your property or does it get piped away from your property into a central wastewater system?

Without heading out to your yard to inspect you could check your property council rates for any deep sewerage charges that are not related to pumping from your property.

Your local council should also be able to give you a plan of their deep sewerage system. Alternatively you will need to do some inspecting outside your property. You must first locate the tank top, it will have some kind of cover on it. Whether it's a steal hatch or a concrete plug and newer versions will have a plastic cap on it. 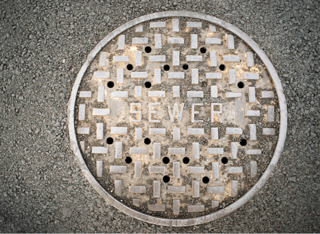 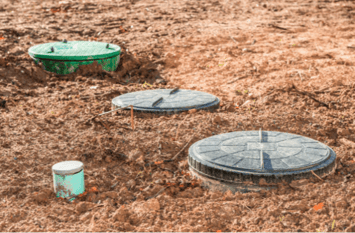 Once found, remove the cover on both tanks, one is for separating solids and the other is for liquid waste going to the leach drain. Have a look what level the solids tank is at and if full of solids it will need to be pumped out. The second tank will have a outlet pipe going to the leach drain system, it's okay for the effluent level to be high enough to drain into the outlet pipe.

If a house is placed into a central sewage system, the septic system needs to be decommissioned through pumping and removal.  While there is no legal obligation to remove a system at the time of sewer hookup, it must be legally removed if the property is sold, the use is changed (opening a business), or if home extensions get too close.

Placement Of a New System

Once required government approvals are granted, a licensed contractor will determine the correct placement of the system.  Placement is dependent on minimum clearance boundaries from groundwater sources, water supplies such as creeks or rivers, buildings, and open drainage channels.  The system must also be situated away from areas where cars may drive, as the weight may damage the components.

Septic systems have a long lifespan, given that they are professionally installed and routinely maintained.  Maintenance frequency depends on the number of people using the system.  As a general guide, maintenance should be performed every eight years for a two person household and every four years for 4+ people

The septic tank will need to be checked if there are signs that it is not working properly.

Some signs that a tank is not working properly are:


Problems with septic systems are usually the result of leach drain failure. This failure is usually caused by the surrounding soil becoming clogged.

As a result, the leach drain will fill with water and overflow causing sewage to back up into the house or soggy ground around the system. Both instances cause foul odors and can be a health hazard. These failures occur more frequently in older one tanks systems.

In the case of a clog, a contractor will have to pump out the leach drain and either replace the surrounding soil or install an additional run of leach drain close by.

The government of Western Australia recommends the following tips to keep your system working correctly:

If you're planning on building an office or home where it's not connected to any main sewerage lines, contact us for a free quote on poly septic systems. A septic system is a private sewerage system that will handle all of the the sewerage needs you have in your new or existing buildings. It can be complicated to install. However, we've been manufacturing engineered poly products for decades, so we know what we're doing!

We also supply the whole kit, including lid, inlet and outlet 'T' pieces.


Editor's Note: This post was originally published on June 22, 2017 and has been revamped and updated for the purpose of accuracy and comprehensiveness. 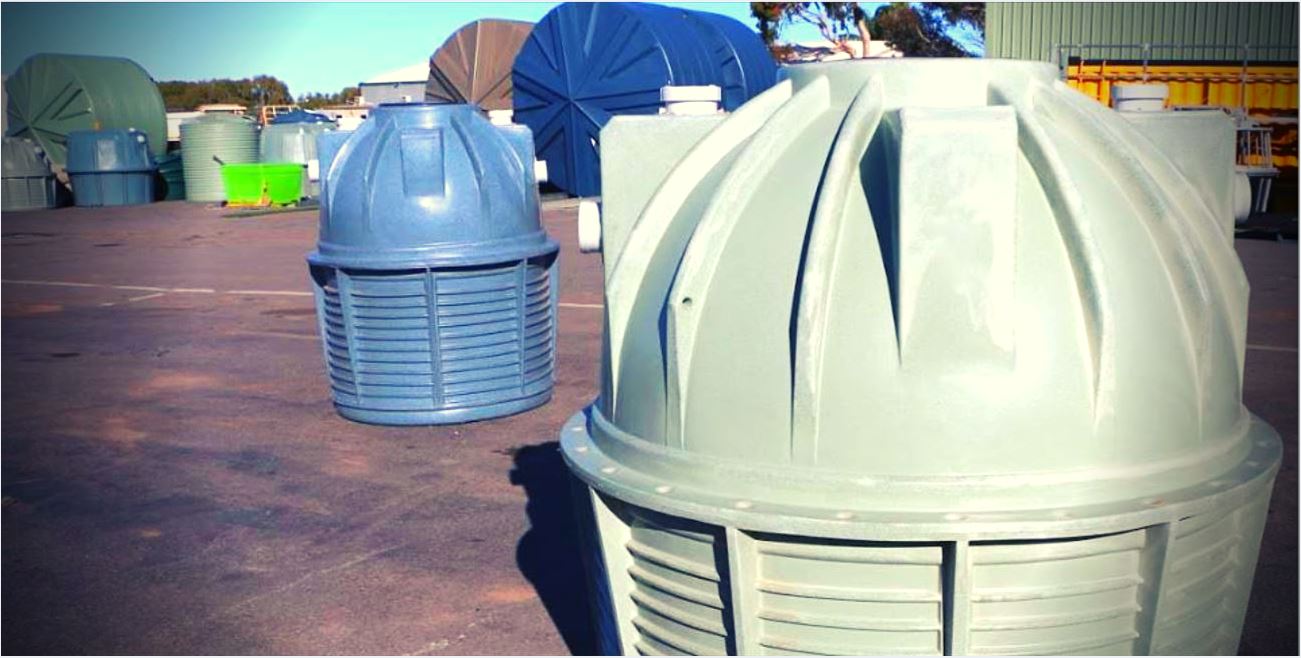 What You Need to Know Before Septic System Installation (A Checklist)